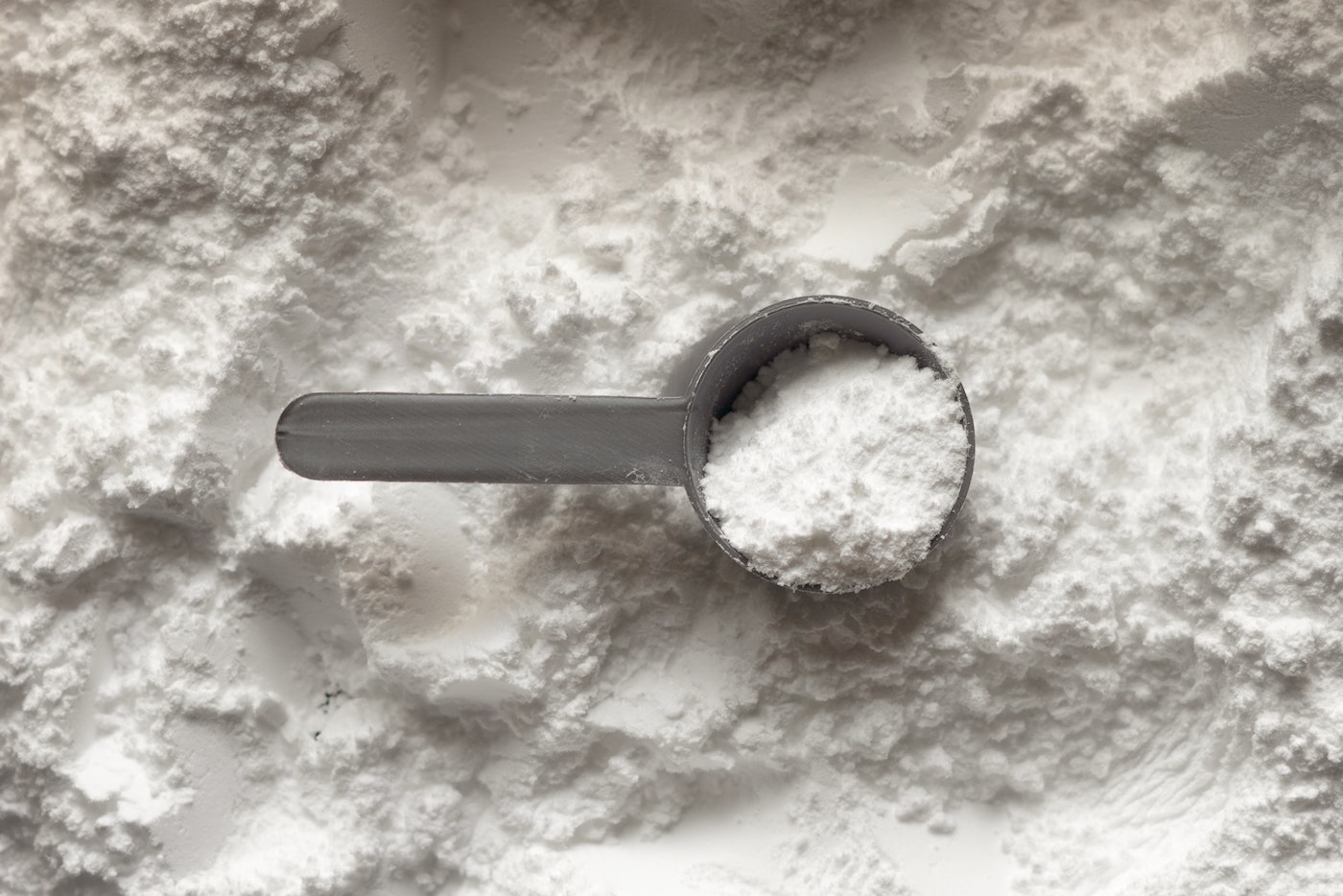 Using a creatine supplement has benefits for strength and power athletes. An athlete with higher creatine levels will be stronger, faster, and last longer than one with low muscle creatine levels. A dietary creatine supplement is a proven performance enhancer for any athlete whose activities involve short, intense bursts of energy – weightlifters, sprinters, martial artists, football players, swimmers, etc.

What Is Creatine Monohydrate?

Creatine (methylguanido-acetic acid) is a compound that is vital to the process that supplies energy to our muscles. Creatine is taken up by the muscles cells where an enzyme called creatine kinase bonds creatine to a phosphate group. The resulting compound is creatine phosphate (also called phosphocreatine), and it is stored in muscle cells until the phosphate bonds are broken in order to produce adenosine triphosphate (ATP), which is the substance our bodies use to fuel muscular contractions. The bottom line for muscular performance is that your ability to regenerate ATP depends on your supply of creatine. The more creatine you have in your muscles, the more ATP you can regenerate, allowing your muscles to function at their maximum potential. We obtain creatine from meat and fish in our diets, and our bodies also make it from the amino acids arginine, methionine, and glycine.

Do I Need A Creatine Supplement?

Between what your body makes and the small amount found in foods (you’d have to eat 5 lbs. of steak to get 10 grams of creatine!), most people have muscle creatine levels that are just a fraction of what they could be. The average person uses about 2 grams of creatine daily, which is the amount that is usually eaten and synthesized in a day; thus the average person maintains creatine balance. Athletes, however, are not average people. High intensity exercise rapidly depletes creatine stores, thus limiting performance. Creatine supplementation doesn’t measurably improve endurance (such as long-distance running or cycling), but there is some preliminary evidence that creatine may act as a lactic acid buffer. Further research may provide more answers.

Creatine is not a steroid or a drug. It is a perfectly natural substance, and any extra creatine in your system is excreted. Creatine has been proven to be very safe, even when used in relatively large quantities. The only adverse effects reported in any of the studies are diuresis, occasional gastric upset, and, according to Dr. Paul Balson in a 1994 Sports Medicine review, “an increase in body mass.” I suspect that most athletes (especially bodybuilders) will gladly accept this “adverse effect.” Athletes have been supplementing with creatine for 60 years, and none of the research to date shows any negative effects of creatine supplementation.

How To Use Creatine

Creatine monohydrate is the best form to use as a supplement. Other forms are either ineffective or less concentrated. Creatine monohydrate is sold in powder or capsule form. I recommend powder – correct dosages require swallowing an awful lot of capsules! There are two options for saturating creatine stores in muscle. Option one is to use a loading phase. Take a 4 gram (slightly less than a flat teaspoon) serving, dissolved in liquid, four or five times daily for 4 or 5 days. Then drop to a maintenance dose of one or two servings daily.

Option two is simply to begin taking one or two maintenance doses every day. In about a month, your creatine levels will reach what they would be after the loading phase.

Creatine uptake is markedly enhanced by ingesting it with some simple (high glycemic) carbohydrates*. The added insulin response transports more creatine into the muscles. EAS sells a product called Phosphagen HP that has carbs and other creatine uptake enhancers mixed in. I recommend it highly. A recent study showed Phosphagen HP boosted anaerobic performance 30% more than creatine alone1.

Take your maintenance dose any time on non-training days. On workout days, take one dose 1 or 2 hours before your workout, and one dose with your post-workout shake or meal.

What Happens When I Stop Taking Creatine?

Your muscle creatine levels will gradually drop back to pre-supplementation levels over the course of one or two months.

*Glycemic value is a measure of the speed at which a carbohydrate is broken down and released into the bloodstream. Several glycemic indicies are available here.