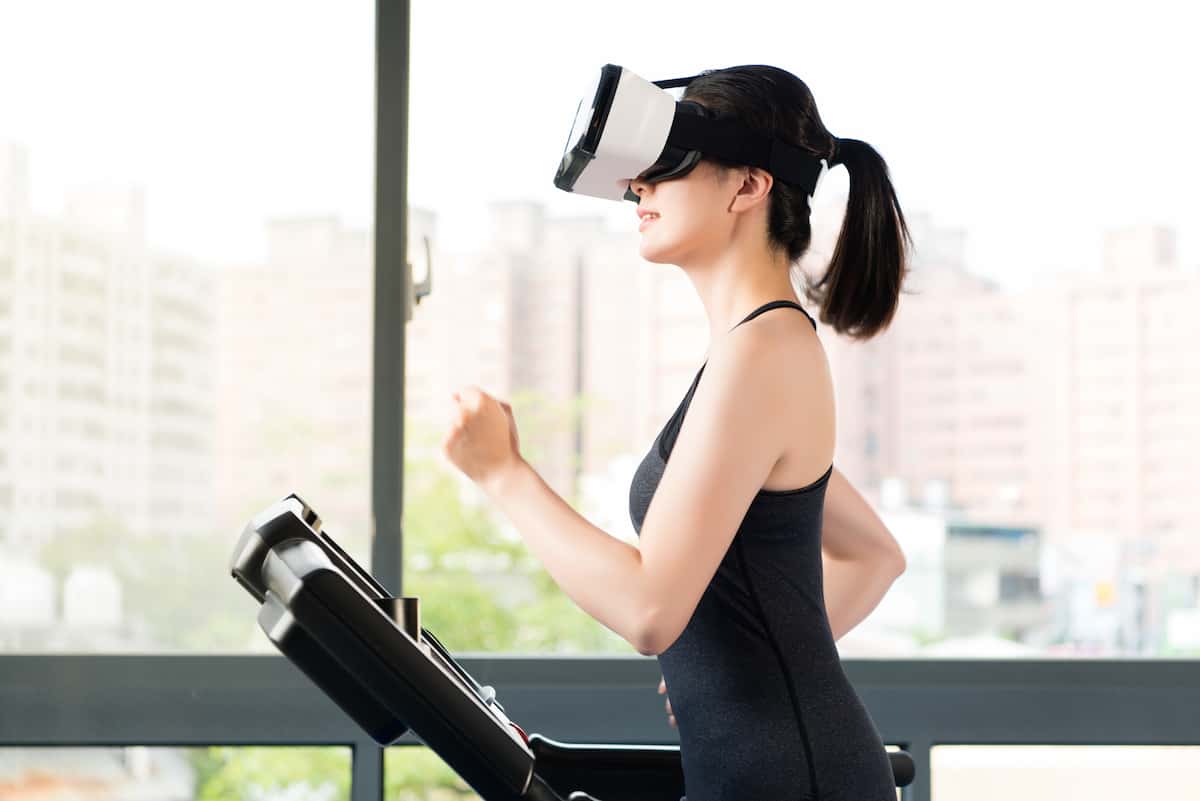 Virtual reality exercise (VR exercise) is becoming a trendier topic with each passing month, and it appears that it has advanced from a mere concept to something that people are actually practicing. VR exercise takes various forms, but basically we’re starting to see people combining virtual reality headsets and applications with workouts and exercise equipment, syncing it all together to create simulated fitness experiences.

For a while, it’s been perfectly fair to ask if VR exercise is more of a fad or something that’s actually going to become widespread and useful. Now, however, it appears that things are trending decidedly toward the latter outcome, and we have a few insights as to why that might be:

VR Exercise Gives You Something To Do

We’ve covered the idea of hating to exercise before, and it’s something a lot of people who focus on fitness experience at one point or another. Whether you’re just now starting an effort to get back in shape, or you’re a dedicated fitness junkie in the middle of a consistent routine, fatigue and boredom can set in — and you can end up believing that you simply don’t like exercising. Now in some cases it may be as simple as that — far be it from us to tell you what you do and don’t like to do! Often though, it’s just a matter of changing things up and making exercise more interesting, which is the main goal VR can accomplish. In the simplest terms, the technology can give you something to do while you exercise, whether that means showing you an exciting road and pretty surroundings while you’re on a bike, or placing you before an automated, interactive trainer (more on this particular idea below).

You’re probably aware that virtual reality can put you into a whole digital gaming environment. But did you know it can also let you build your own? Minecraft and a few other similar programs can allow users to construct entire realities for themselves within VR programs. Likewise, you probably know that mainstream gaming genres like shooters and racers have been adapted to VR. But did you know that casino gaming is being transformed too? Online games popularized by bonuses and expanding into the U.S. market are slowly but surely being transformed into 3D, virtual experiences. Pointing out this kind of variety – from exploring a world to creating one; from traditional video games to casinos – is meant to convey that VR possibilities are essentially limitless. There’s no reason this shouldn’t be true in exercise as well, which means existing experiences are just scratching the surface. We’ll be seeing all kinds of creative ways to pair VR with workouts in the near future.

Personal Coaching Will Be Accessible With VR Exercise

Understandably, the headlines relating to VR gaming tend to surround experiences involving brand new equipment, or gorgeous worlds people can explore on exercise bikes. There’s something to be said for simpler applications as well, and specifically the idea that VR will provide a new form of interaction with personal coaches. In some cases these might be automated coaches that can follow your progress and push you through workout routines. In others they might actually be real people who record lessons or even teach them in real time through online VR programs. Whatever the specific case is, though, the very concept of working with a trainer is likely going to change as a result of VR.

Tracking and Data Can Be Included

Fitness tracking is actually being linked increasingly to augmented reality, which may be more of a day-to-day technology in due time. It is said that our next major activity trackers could be glasses, which is to say we may soon live in a world in which a lot of us are wearing tech-infused, everyday glasses that can track our steps, mileage, calories, heart rate, etc. This is certainly interesting, but VR exercise programs can incorporate the same features, and do so while dictating exercise as well. In VR exercise, we’ll likely be able to access all relevant tracking information and data with unprecedented ease and thoroughness, all without any effort whatsoever.